Percy Grainger was featured on today's Composers Datebook. See below! Composers Datebook audio (8/9/2010) Grainger and Shostakovich go public On today's date in 1928, Percy Grainger -- Australian-born American composer, pianist and folk song collector -- was married to Ella Viola Ström, a Swedish poet and painter. It was a very public ceremony that took place in the Hollywood Bowl amphitheater, outside Los Angeles. Illuminated by a lighted cross on a nearby mountain, and with

Another day means another great Composers Datebook for wind composers. Although the piece featured on today's Composers Datebook, "From the Canyons to the Stars" by Olivier Messiaen is certainly worthy of discussion on this blog. His music has been featured three times on this website and fans of his music will find a great deal to love about this piece. Enjoy! Composers Datebook audio (8/6/2010) Of Mountains and Messiaen The gourmet composer Giacomo Rossini had a beef dish,

In honor of a great composer of wind music, here is today's Composers Datebook, celebrating William Schuman's 100th birthday. Composers Datebook audio (8/5/2010) William Schuman at 100 By the time of his death in 1998, pop singer Frank Sinatra was such a domineering figure in his field that he was known as "The Chairman of the Board." By the time of his death in 1992, the same nickname might have applied to the American composer William Schuman, who was, at various times, dir

For those of you who are in the band camp spirit, today's Composers Datebook featured another piece for winds: Hector Berlioz's Grande Symphonie Funebre et Triomphale. You can read our post on the Grande Symphonie here. Composers Datebook audio link Berlioz gets hot Playing in a marching band isn't always as easy as it looks, musically speaking. Imagine the predicament in which Berlioz found himself on today's date in 1840, conducting 210 musicians under a broiling noontime s

Today's Composers Datebook focuses on Hindemith's Konzertmusik, Op. 41, a fantastic piece for winds. We have posted on this piece here, but you should find the information below enlightening. You can find the text below and the audio clip. There is also some great commentary in the piece on how far band music has come since 1926. Composers Datebook audio (7/24/2010) Hindemith for Winds In 1926 the German composer Paul Hindemith was the director of that year's Donaueschingen M

Felix Mendelssohn's Overture for Winds has a long and somewhat problematic history in wind band music. Mendelssohn scored the piece for harmoniemusik (wind octet) plus flute, trumpet, and an English bass horn. However, Mendelssohn lost the score to the eleven-instrument version and submitted for publication a revised version for twenty three instruments plus percussion. The autograph of the original has since been recovered and both versions are considered viable in the wind 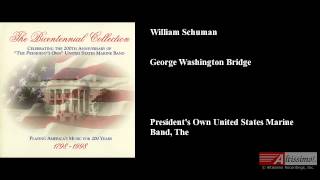 Schoenberg's "Theme and Variations, Op. 43a", a cornerstone of the wind band repertoire, was featured today on Composers Datebook from American Public Media. Schoenberg intended the piece to be played by a high school ensemble or amateur group, but as anyone who has performed the piece can tell you, it is much too difficult for high school students. The piece is also unusual, in that Schoenberg had firmly entrenched himself in atonality at the time of composition. You can fin

Handel: Fire (and Some Water)

Along with Giovanni Gabrieli's Sonata Pian'e Forte, George Frideric Handel's Music for the Royal Fireworks is one of the earliest and best pieces for winds. This information on Handel came from today's Composers Datebook: "Handel and the Royals" It was on today's date in 1710 that a German composer by the name of Georg Friedrich Händel was appointed Kapellmeister to Georg Ludwig, the Elector of Hanover. The annual salary was to be 1000 thaler. Herr Händel accepted on the cond

Today, the featured piece on Composers Datebook from American Public Media was Darius Milhaud's Suite Francaise. Although this piece does not receive the performances that it did in the mid to late twentieth century, it still remains an important part of the wind band repertoire. This piece is also representative of a movement that took place in the middle part of the twentieth century. In the middle part of the century, American wind groups commissioned some of the best comp
1
2