​Serenade in E-flat, Op. 7 Richard Strauss Born: June 11, 1864, Munich, Germany Died: September 8, 1949, Garmisch-Partenkirchen, Germany Composed: 1884 Duration: 10 minutes Richard Strauss had just turned seventeen when he composed his Serenade for 13 wind instruments in 1881. In true prodigy style, he had already published a string quartet, a piano sonata, some shorter piano pieces, and an orchestral march, and his catalogue of unpublished compositions included a full-length

Richard Strauss: "Sonatina in F, 'From and Invalid's Workshop,'" TrV 288

Sonatina in F, "From an Invalid's Workshop," TrV 288 Richard Strauss Born: June 11, 1864, Munich, Bavaria Died: September 8, 1949, Garmisch-Partenkirchen, Germany Instrumentation: Wind Ensemble Duration: 30 minutes Composed: 1943 It was as a sixteen-year-old schoolboy, in 1881, that Richard Strauss wrote his first work for wind: the Serenade in E-flat Major for 13 Wind Instruments, Op. 7, which is still often played today; it was followed in 1884 by a Suite, Op. 4, with the s

Suite in B-flat, Op. 4 Präludium Romanze Gavotte Introduction und Fuge Richard Strauss Born: June 11, 1864 in Munich, Germany Died: September 8, 1949 in Garmisch-Partenkirchen, Germany Instrumentation: 13 Wind Instruments Duration: 24 minutes Composed: 1884 Premiere: Origins: There is no particular reason why Richard Strauss should have ever composed any music for winds, even though his father, Franz Strauss, made his living as a hornist in the Bavarian Court Opera Orchestra 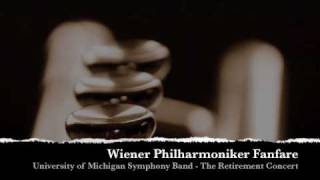 Although we typically only think of Strauss's contributions to the wind band medium in terms of four pieces (Suite Op. 4, Serenade Op. 7, Sonatina No. 1, Symphony or Sonatina No. 2), he also wrote a good deal of brass band music. Among these contributions is his Wiener Philharmoniker Fanfare. You can find program notes for the piece below, as well as a recording. Program Notes by Barbara Heninger, edited, amended, and otherwise improved by Eric Kujawsky, Peter Stahl, and Doug

Strauss Sonatina No. 1 in F, "From an Invalid's Workshop"

In a continuation of yesterday's post on the Serenade, Op. 7 by Richard Strauss, today's post will focus on his Sonatina No. 1, "From an Invalid's Workshop." Among Strauss's four most widely recognized pieces for winds, the Sonatina No. 1 probably gets the least attention and it is certainly the least performed of the four. In some ways, both Sonatinas are more aurally challenging than the two earlier wind works although they both reflect a different side of Strauss when comp 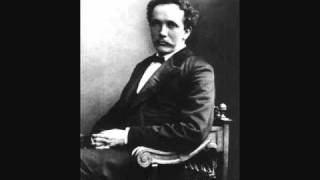 Richard Strauss wrote several pieces considered to be among the finest ever written for winds, among them Suite, Op. 4, Sonatina No. 1, The Invalid's Workshop, Sonatina No. 2, The Happy Workshop, and the Serenade, Op. 7. Last season, UMWO performed the second Sonatina and next year, we will perform the Suite, Op. 4. There is quite a bit of information on both these pieces in past posts on this website. This post will focus on the Serenade, Op. 7. Scored for exactly the same i